Finding the perfect present for someone can be a tricky task - but you will never disappoint a Manchester City fan by getting them a City-based present.

While buying a Champions League trophy may not be possible, there are still plenty of imaginative, personalised and affordable presents out there which won’t leave a burning hole in your pocket.

Check out our list for the top eight Manchester City gifts for any supporter and you are bound to find something that will be a great fit.

To get the ball rolling, here’s one which is likely to keep a whole family entertained for a good period of time - a 3D puzzle for the entire Etihad Stadium. During these difficult times when time outside socialising is restricted, many people have had to turn to different hobbies, and what better way to spend some free time than to recreate the stadium where so many special things have happened.

Of course, the Etihad was originally built for the 2002 Commonwealth Games in Manchester, but now the stadium is far more famous for being a ground where trophies are regularly lifted. 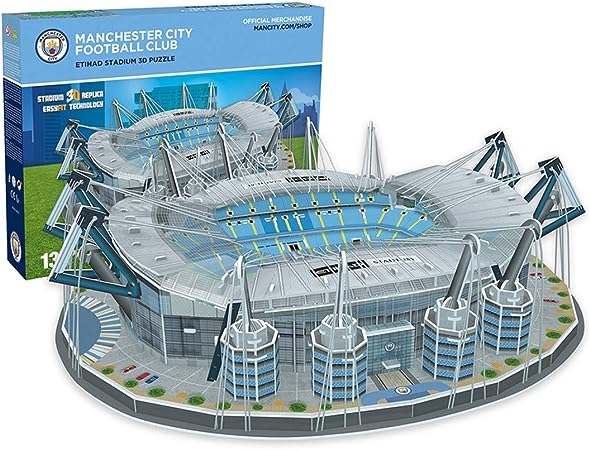 No need to worry about making a mess, this model takes up to five hours to make without the need for scissors, paint and glue!

With fans not being able to go to the stadium or even see any fans in the ground at games on TV, there aren’t many better ways to be reminded of what a great stadium it is then to build it up from scratch.

As a more unusual present, this could be a brilliant way to spend some time with the family, or even be the perfect gift to the bedroom of any Citizen.

There are lots of Man City personalised gifts out there, but it is unlikely many would be used more than a personalised pint glass.

With trips to the pub now few and far between, pint glasses at home are now being used more than ever, so there’s no question as to whether it will get its usage. 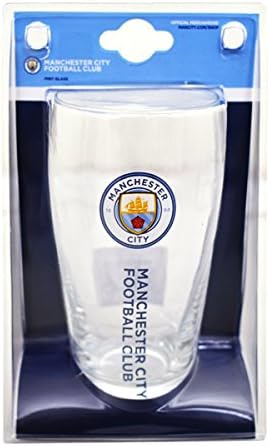 Sip a cold brew (or two) while you watch your favourite team tear up the Premier League!

Furthermore, with you being able to personalise the glass with both a first and last name, you have the chance to either send a little message, put the recipient's name on the glass, or even slip on the name of a current player or cult hero.

That’s one glass of orange squash coming right up for Paul Dickov! It may not be the most exciting out of all the Man City souvenirs, but it’s definitely one which you can’t go wrong with.

Running out of gift Manchester City gift ideas? Why not make sure that the recipient of this gift finishes like Sergio Aguero and purchase them a pair of official MCFC boots. 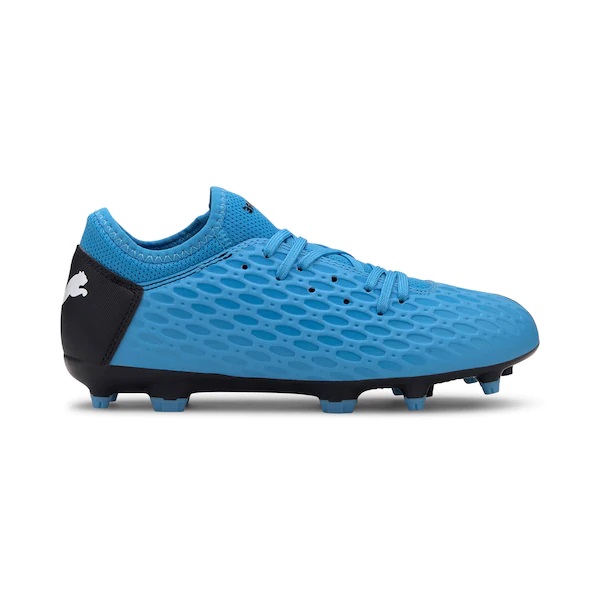 From the official Manchester City shop, you are able to buy Puma boots - the club’s official manufacturer - in the City colours from as cheap as £35 for a child.

These Puma FUTURE 5.4 firm ground boots for children not only look amazing both because of their design and colours, but they are also available in sizes up to 6 and are likely to make the day of any young City fan on the receiving end.

This Manchester City FC duvet set is one of the perfect gifts for anyone who eats, sleeps and breathes the city, quite literally.

Available on Amazon, this set is really for the supporters who want to show off their love for the club. 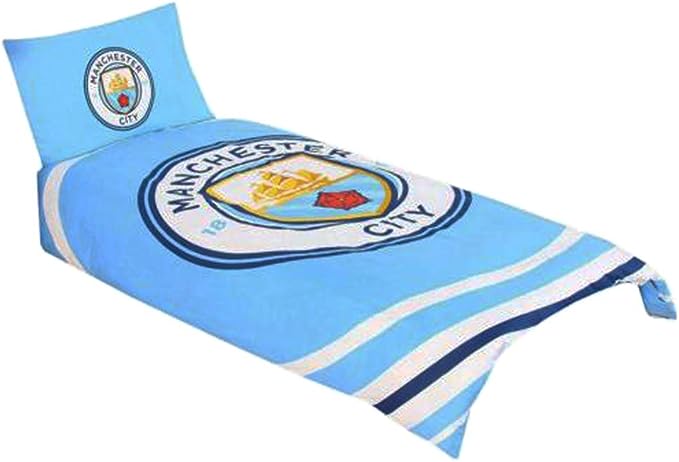 The perfect gift for City fans of all ages - make sure you don't miss out!

While it may seem like something which is more suited to a child, there’s no rule which says grown men and women shouldn’t have a duvet set based on the football team they support, so why not go ahead and just try it.

With it being on sale for just over £20, this present could work brilliantly as a joke for a friend whose other half could support Manchester United or Liverpool, or as a cool and affordable gift for anyone who bleeds light blue.

Watching Man City nowadays tends to be pretty comfortable, but why not make it that one bit even more comfy by purchasing a nice cosy fleece robe.

This women’s robe could be a perfect Manchester City for her gift. It’s great for someone who likes to be comfy while watching their team play, or even just for any fan who is desperate for a new robe.

Wrap up warm with this snug dressing gown - get it now!

Another great touch to this item is that you can personalise it via the official club shop. With up to three letters available on the front of the robe, you can make it look as if you are a coach with your initials on the front. This has the potential to be magic for any Football Manager fan looking to recreate a press conference in their kitchen.

What better way to get prepared for a City game than to pour yourself a cup of tea and slurp it up while repping your team’s colours.

If you’re looking for a present which is a bit more cool and stylish, then this City shirt based on the 1994 kit would be a fantastic shout.

Available on Kitbag, this shirt - brought out as a celebration of the club’s 125th year anniversary - looks absolutely amazing with the club’s old logo, as well as the former Brother sponsor. 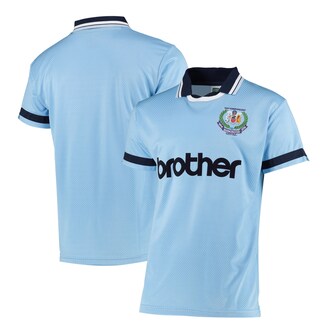 Stay stylish and celebrate some of CIty's heroes!

This shirt is one which you can wear around the house, or even wear out and about with a pair of jeans and trainers. These vintage shirts are well in fashion at the moment, and you could end up impressing your mates more with a shirt such as this than you would with the current top.

With this shirt casting back to a time where the club only just managed to stay in the Premier League with a 17th place finish, it is a shirt for a fan who is keen not to forget the club’s less successful spell as a club.

Want a present to sparkle up a bedroom or even a living room? If so, then look no further than this City canvas from the success of the 18/19 season from Etsy.

This canvas is celebrating the club’s success in the Premier League last season and features Pep Guardiola, as well as many of the club’s top players such as Kevin De Bruyne, Raheem Sterling, David Silva and even the old skipper in Vincent Kompany.

Pay tribute to Pep Guardiola's Premier League champions with this stunning artwork on your wall!

While many supporters may wish there would be a 19/20 canvas coming out this year, the club has simply been outdone by Liverpool, so this can always act as a reminder of the time that Guardiola’s boys pipped them to the title despite Klopp’s men only losing once all season.

With Pep’s contract expiring at the end of next season, the 20/21 season could be the last we see of Guardiola in this country - so why not make the most of it and grab a Pep Guardiola tee to wear around town.

Let’s be honest, there’s no manager in England who would look better on your chest than this beautiful bald genius, so you simply cannot go wrong with a purchase like this. 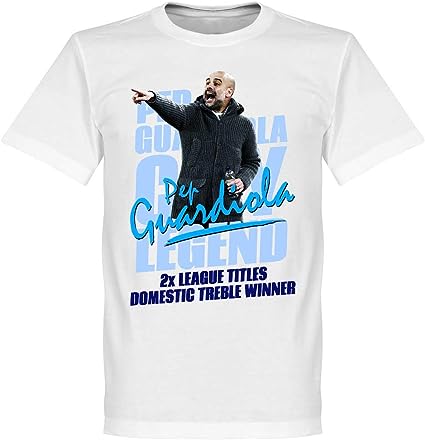 This is the perfect present for Pep's most loyal fans!

To make things better, it’s cheap too. The T-shirt is available on Amazon, so this could be a really great product for a friend or member of family who is crazy about the Catelonaian manager.

Still can't find what you are looking for? Take a look at the Manchester City fan gifts page to find some more ideas!