Top 10 Retro Aston Villa Shirts To Buy - Home and Away

The Villans are a Premier League club with prestigious history. We will take you through some of the most iconic retro Aston Villa shirts below, from old classics to the very shirt which was worn in their 1982 European Cup triumph.

Many memorable shirts are been a part of this clubs European and domestic success and you can check them all out here - save big with Football Fan Gifts today!

Probably one of the greatest moments in the clubs history, this exemplary shirt was worn by the Claret and Blues in their only European Cup victory against Bayern Munich in 1982. Score big savings below, and do not miss out on adding this iconic shirt to your collection! 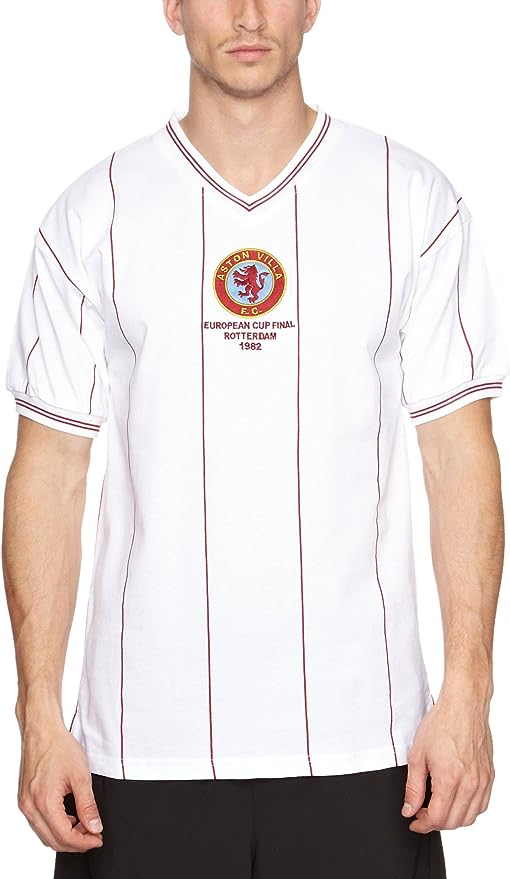 One of, if not the most iconic football shirt in Aston Villa's history - relive their memorable night with this exclusive shirt!

Another historic piece is this bespoke 1957 shirt which Villa wore when winning the FA Cup against Manchester United. It was the clubs first major trophy for over 37 years! This is a must have for all Villans... 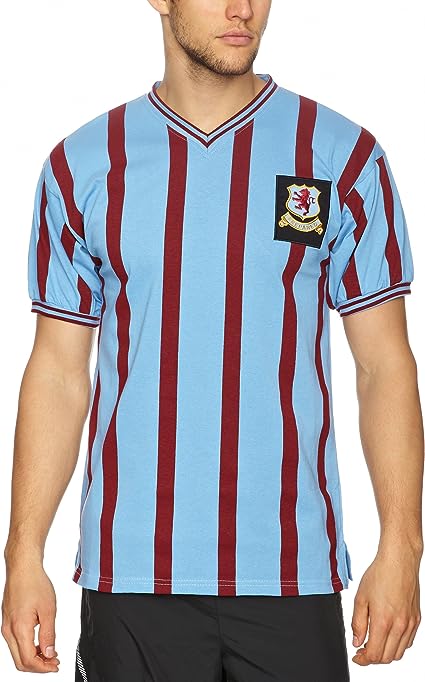 A timeless classic to mark one of Aston Villa's most memorable moments!

This has to be one of the most unique Villa shirts. Above all, it was showcased during the inaugural season of the Premier League, and it features the memorable lace-up neck and historic pattern. Aston Villa famously finished as runners-up to Manchester United and subsequently earned qualification to the UEFA Cup. You do not want to miss out on your chance to become part of Premier League history with this iconic shirt! 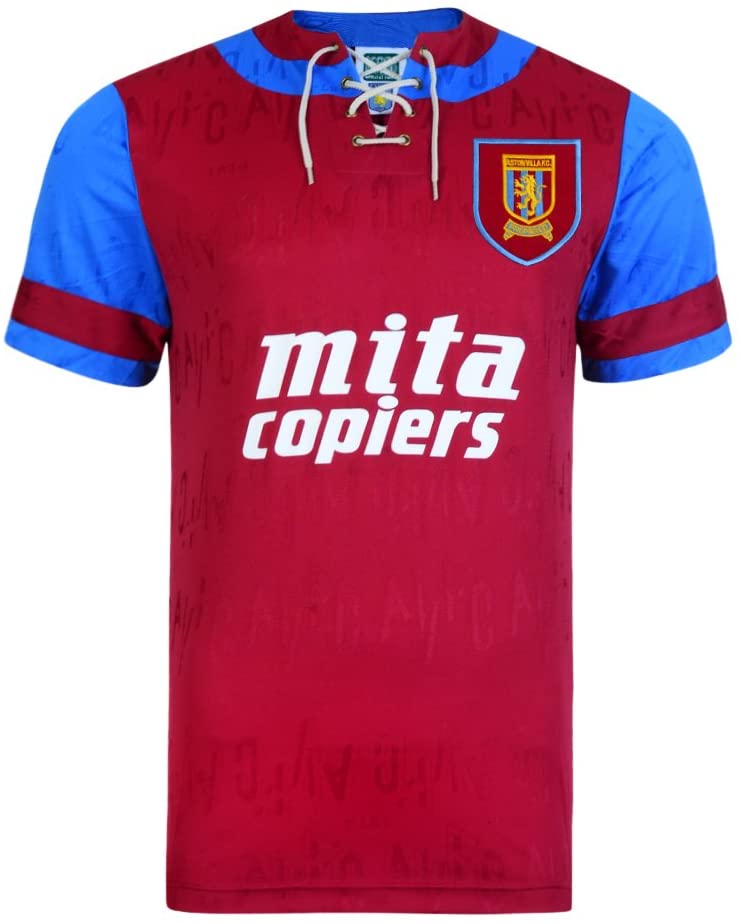 Worn during the inaugural Premier League season in which Aston Villa famously finished as runners-up!

A classic away shirt which will be remembered by many Villa supporters from their First Division winning campaign. The simplistic white Umbro manufactured shirt features an opened-collar neck and sleeve trims with the clubs iconic claret and blue colours. 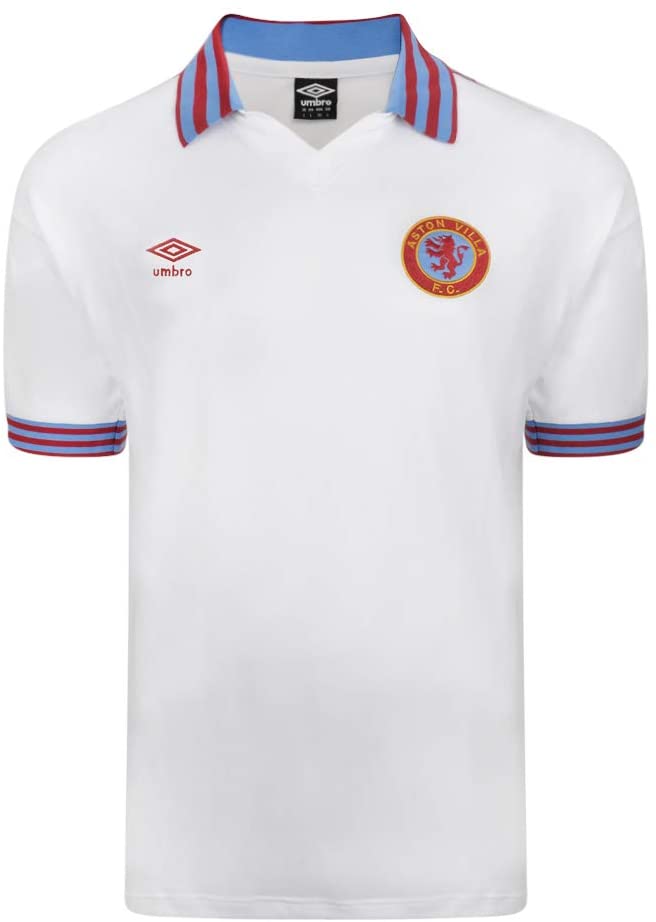 If you loved the unique away shirt above, check out Villa's home shirt from their First Division triumph! However, this one has more of a classic Villa shirt feel with the more recognisable claret and blue colours and vintage crest. 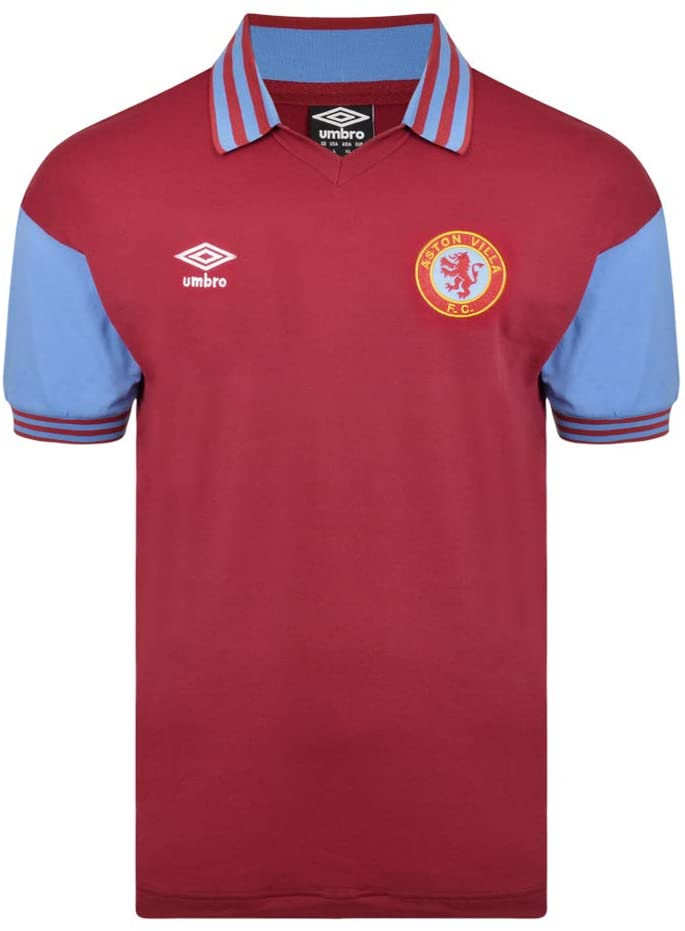 The rise of the Premier League in 1992 saw a change in kit sponsors for many big clubs, Villa being one of them. This retro shirt features the memorable Müller yoghurt sponsor in the centre; however, features an uncommon button-up collared neck. It is most known for being worn during Villa's 3-1 League Cup victory in 1994 against Manchester United. 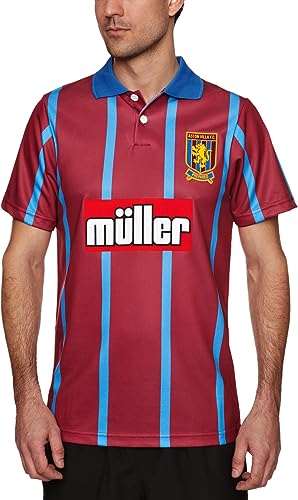 Switching it up a bit, here are three colours which you would not commonly associate with Aston Villa - green, black and red! This iconic Müller sponsored strip is definitely one of the most notable and popular Premier League shirts of all time! 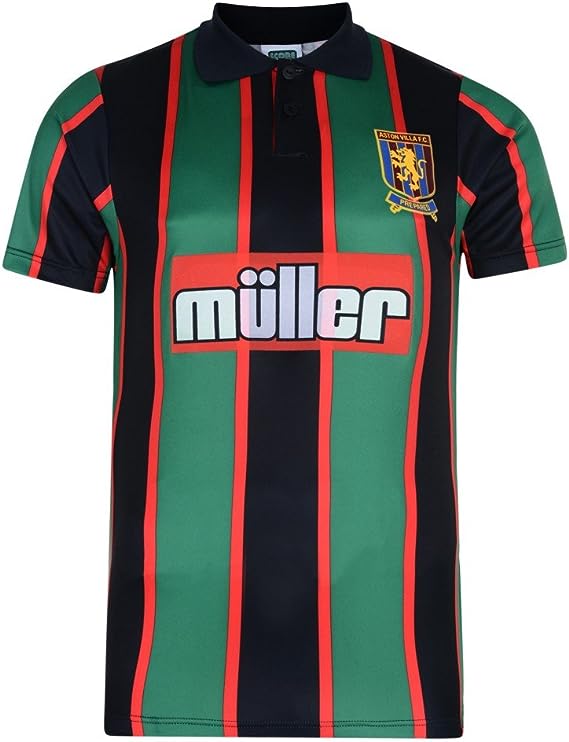 A unique reverse of Aston Villa's 1994 home - featuring a green, black and red colour scheme for the first time!

This classic two-toned striped shirt is certainly one of the most monumental Villa shirts. It features a subtle claret and blue collar and historic badge, a definite addition for your collection of retro Aston Villa shirts. 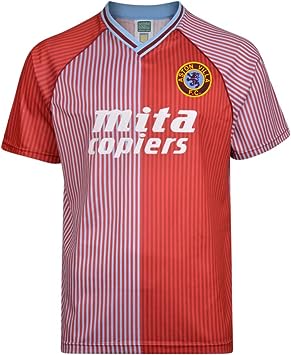 A unique pin-stripe Aston Villa football shirt, featuring different shades of red and claret and blue among the collar.

The away shirt for their promotion winning year is in a league of its own! The white and light blue striped shirt will unquestionably catch the eyes of all football fans. In other words, you cannot overlook this shirt as you certainly do not see it everyday! 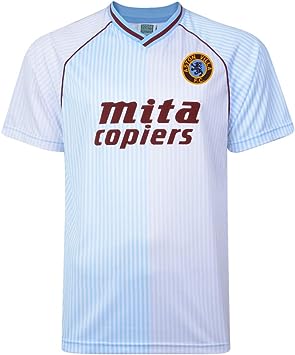 Featuring stylish and slick shades of white and light blue in addition to Villa's infamous claret and blue collar and retro crest!

Coming to an end of our top Aston Villa retro shirt range, here is our final pick for your collection. This shirt will bring back many fond memories for Villans and you should wear it with pride! 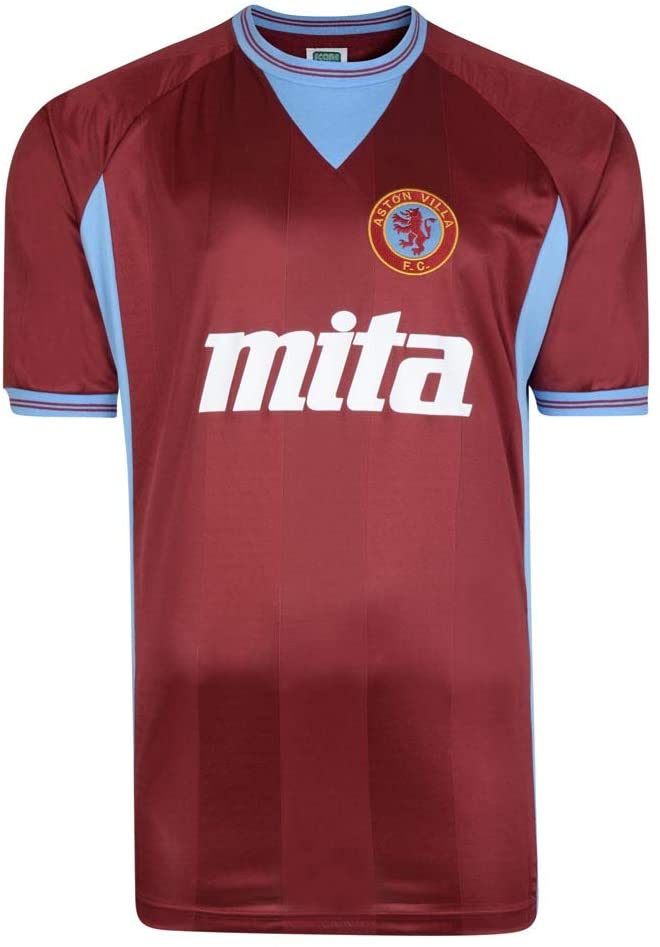 Back to basics with this claret and blue Aston Villa strip - featuring one of the clubs most iconic kit sponsors, 'mita'.

If none of these retro Aston Villa shirts caught your eye, then be sure to check out our brand new Aston Villa Kit Review for the 2020-21 season!