Everton FC have tried to get ahead of the curve by releasing their new home, away and third football shirts in time for the 2020/21 Premier League season.

Hummel have replaced Umbro as the club's kit manufacturers for the upcoming campaign. Everton had been covered by Umbro since 2014 but exercised a clause in the contract to change suppliers.

Supplying brand new shirts to one of the biggest clubs in Britain may seem like a daunting task, especially when you aren't known for creating football kits.

The good news is that the Danish sportswear company have somehow managed to completely pull it out the bag.

Carlo Ancelotti's side have already made some major moves in the transfer window, signing Allan from Serie A side Napoli and James Rodriguez from Real Madrid.

Big things are expected from Everton this season so Toffees should strap themselves in for a rollercoaster of a ride!

It is an exciting time to be an Everton fan - you will not want to miss out on buying these strips before it is too late!

Hummel have done a great job of combining a traditional style with an understated look. Not bad, not bad at all.

The retro royal blue jersey features the classic chevrons across the shoulders and sleeves with a nod to Everton's iconic Z-Cars song by showing the soundbar on the front of the home shirt. 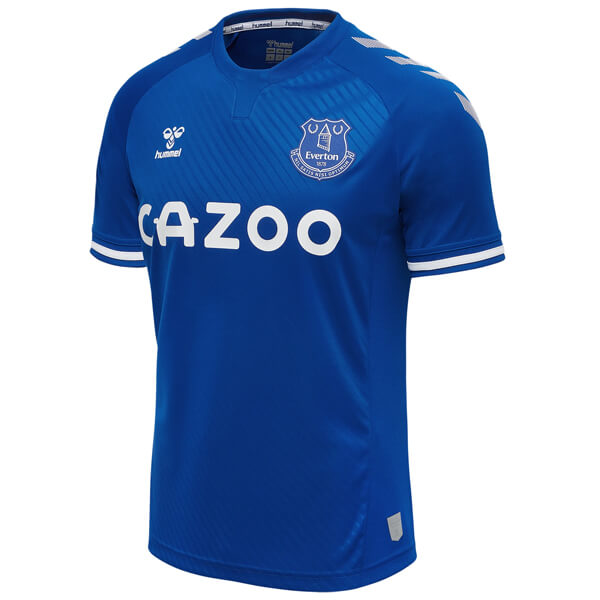 Get yourself kitted out in style! The new home shirt is the perfect way to prove your passion for the Toffees.

The home kit is complimented by matching white shorts and socks with additional blue chevrons for extra good measure.

This is a stylish strip from top to bottom, and a must have for every Everton fan, that much is for sure!

The Toffees haven't stopped there. Hummel have worked their magic with the Everton away kit as you can see down below.

For the away shirt this season the kit suppliers have changed the colours to a classic amber gold and blue design based on some of the second strips in the past. 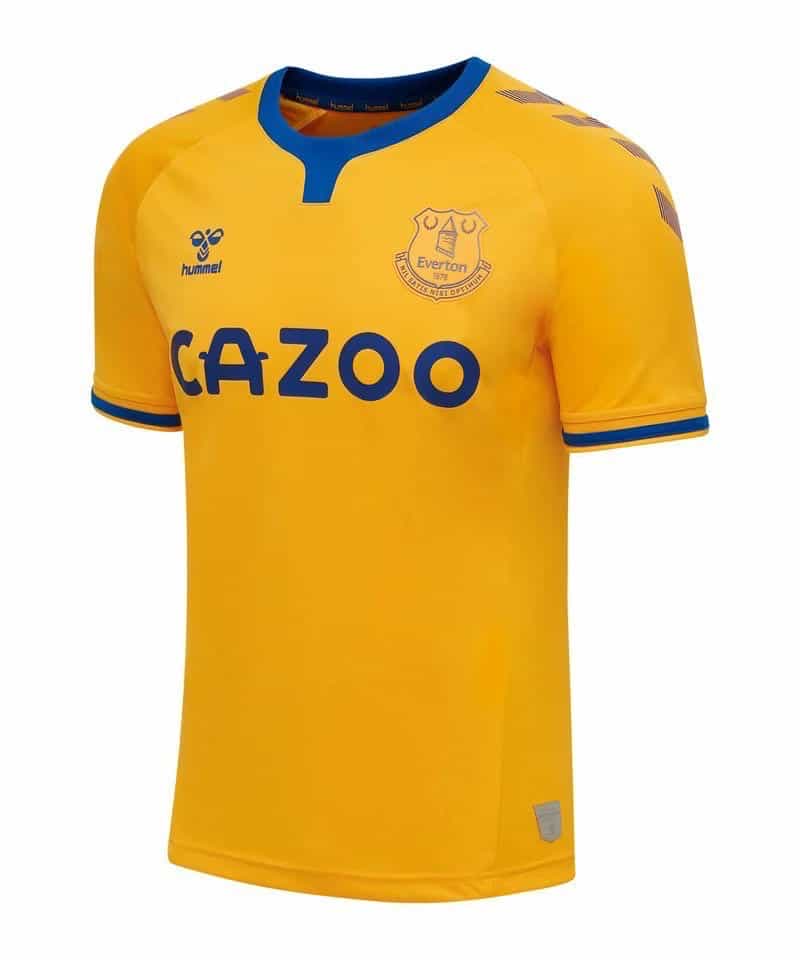 Let the whole world know where your allegiance lies with the Toffees away shirt!

Here at Football Fan Gifts we feel that this top is the best of the bunch.

For whatever reason we think the yellow works really well even if it isn't a colour commonly associated with the Toffees in recent times - they have only worn a similar shade on three occasions in the last decade or so.

The royal blue trim on the collar and sleeve cuffs gives the away shirt a clean look. The away kit is completed by blue shorts and amber socks to round off the fresh finish. Top marks from us.

Everton submitted a planning application to Liverpool City Council in 2020 to redevelop Goodison Park after the club has moved to a new ground at Bramley-Moore Dock.

For all the conspiracy theorists out there, this third kit is one for you. 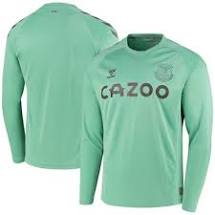 You will look the part wherever you are wearing the Everton third shirt!

Hummel have combined the seafoam colour with charcoal chevrons across the shoulders and sleeves once again.

The new hue pays homage to Liverpool's historic waterfront, which is where their new stadium will be based if everything works out well in the end, while the charcoal adds a nice contrast.

Everything happens for a reason and it surely can't be a mere coincidence.

If none of Everton's newest kits caught your eye, take a look at our Top 5 Football Gifts To Buy Everton Fans This Year!